Anne-Marie has been writing songs, singing, and playing guitar for over 30 years.Best known for her band, Gild The Lily in the 90s and Green Bracelet in the 2000s. She has shared the stage with many know artists, including , Cindy Wilson of The B52s, The Georgia Satellites, Drivin and Cryin, to name a few. Her 4 pc classic rock band includes famed drummer, Steve Pace, Paul Arredondo on bass, and John Landrum on lead guitar. Available for festivals, private partys, club shows, and more. John and Anne-Marie also play an acoustic Duo around Atlanta area. Bringing to you tons of classic rocks songs that are fun, up beat, and dance friendly. Including songs by Steppenwolf, John Fohgerty, Sheryl Crow, Little Feat, Tom Petty, Joe Walsh and more. Come to a live show and you'll be sure to join the Amp army!

As many of you know, we did not get to finish recording the Christmas cd for our holiday show. Recording board crashed. So, it is in the shop. We will begin recording again first of feb and have you all a full length holiday cd in time for the season in 2020.

Hi everyone. thanks for visiting. We have a special Christmas show in December at Moonshadow Tavern in Tucker, Ga on Saturday the 21st. Also playing with us will be the band Blue Mischief. Will also be performing a couple of Christmas songs Live and giving away all sorts of goodies. Only $5 cover. Come on out. and have a Happy Thanksgiving Ya'll!!!

Taking some time from live shows to record our first ever Holiday CD. Some thing that has been on our 'bucket List' for a few years. Our next live show will be late December at Moonshadow Tavern in Tucker and we'll have copies of the cd for those of you who collect Christmas music.

We'll be rocking the Main stage this Saturday the 28th at Duluth Fall Festival in downtown Duluth,Ga. WE go on at 3pm and play a full set. Festival is FREE. come join the fun!

We'd like to welcome Steve Pace on drums and Paul Arredondo on bass guitar. Hope to see you at one of many shows we are booking for September and rest of year. We'll have some new ,fun, upbeat cover tunes to entertain you with (with a sprinkle of originals) . See you soon!

Happy Thanksgiving Everyone. We sure miss playing live, but we are busy recorded a full Christmas CD for Licensing! Will be uploading many songs you may not have heard over the next few months. So check back often. And as always, if you would like FREE downloads from time to time, make sure to join the email list here!

Please tune in on your radio this Thursday, Sept 6th at 11 a.m. on Atlanta's 1100 AM THE REAL. I will be the music guest on Manifesto with Billy Brew. We will be discussing the Atlanta Music Scene, my music career over the years, and playing a few mp3s for ya!

John and I will be playing our 1st acoustic duet in a good long while...We will be playing these types of shows more often in the future...We are working on a fun, upbeat set list..including many covers by Little Feat, Sheryl Crowe, Tom Petty, Joe Walsh, and more. Our first show will be on Saturday, Sept 8th at 12 noon to 1:45 pm.

QUE for Good! Dunwoody BBQ Festival sponsored by The Rotary Club of Dunwoody. Bands and great BBQ all day long...

We are Back!!! And are excited to playing again at Lemonade Days Festival in Dunwoody for the 4th year in a row...We will take the stage at 4pm sharp until 5pm..Don't Miss..This is a FREE festival, music all weekend, carnival rides, great food, artists market, petting zoo, and many other attractions..It just keeps getting bigger..Come on out...We will also be introducing a brand new bass player ( who also sings) and drummer.

Duluth Fall Festival is right around the corner..We are excited to be playing the main stage on Sunday, Oct 1st at 1pm Sharp..This is a family friendly festival in beautiful downtown (oldtown) Duluth..Located right across the street from Red Clay Music Foundry. over 50 food trucks will be dishing out the best food from around Atlanta...The weather will be beautiful..come enjoy the day with us...We'll have T-Shirts for sale under the promotional tent during our performance.

We are back at the Moonshadow. Will be sharing the night with 7 Licks. A high energy blues band. John and I will be playing a rockin, high energy acoustic duet for this.

Cover is only $ 5 and music starts at 9pm with special guests, Blue Mischief.

FREE - We play Sat the 28th on the main stage at 3pm https://duluthfallfestival.org/

Bands all day and night. We play at 4 pm on the outside stage.

2 day festival with tons of Great BBQ and bands..sponsored by the Rotary Club. in the parking lot of Perimeter Mall...we play on Sat Sept 8th from 12 noon to 1:30 pm..Free 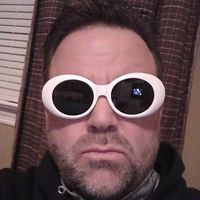 I will be the music guest on 1100 AM The Real Radio, Thursday Sept 6th at 11 a.m. with The Manifesto with Billy Brew show. also special gust with me, Angie Riley..Tune In!! 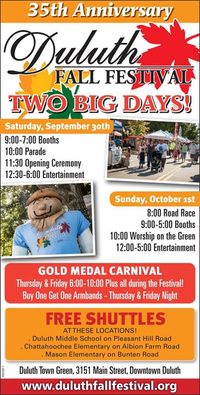 2 day Family festival. Food Trucks. Live music, and more...Christians can come worship on the green at 10am Sunday. We play at 1pm Sunday 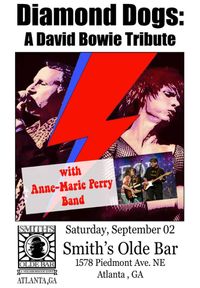 We'll be opening up for a really cool David Bowie Tribute Band. $ 8.00 at door.

We will be opening the show , headling Tommy Talton with full band...

This is a Private Charity Function